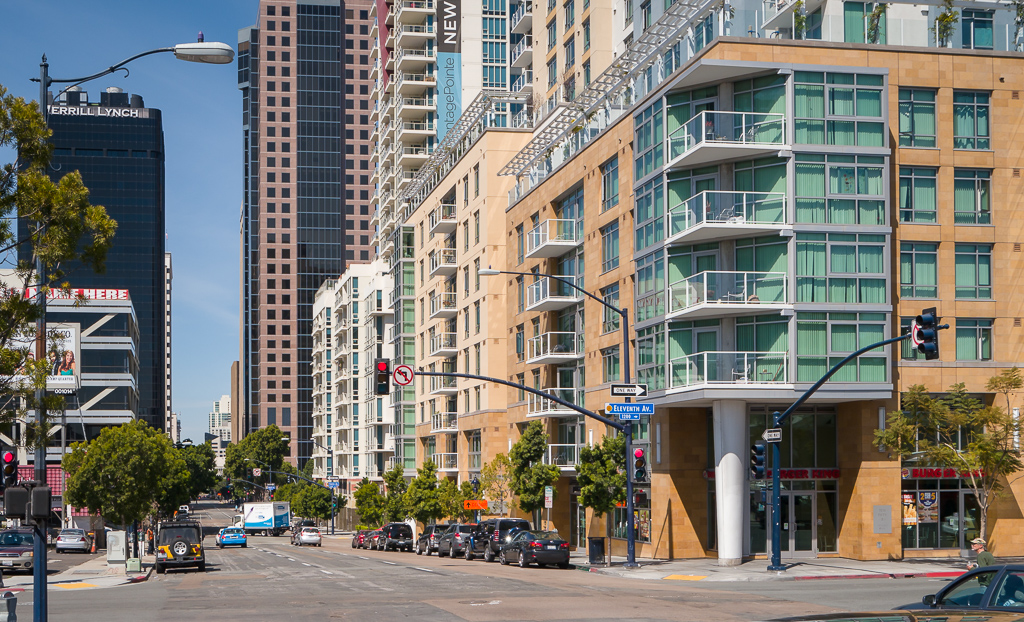 East village The Core district is the center of the business district in Downtown San Diego and is also in the center of all downtown neighborhoods. The business presence is evident as most major banks and government offices hold offices here. The Core district is bordered to the north by Cortez Hill and Horton Plaza to the south. To the west lays the Columbia district and the East village to the east. The accessibility and proximity to the International Airport, Freeway access, and the San Diego Trolley create a dynamic business hub.

The arts have a strong presence in the Core District. The historic Copley Symphony Hall which is the home of the San Diego Symphony Orchestra and the Civic Theater welcome thousands of visitors to their year-round performance art venues. Also, the various hotels in the neighborhood provide more than 500 rooms. Hotels such the historic U.S. Grant and the Westgate became well-known landmarks to the Core district where their longevity and architectural beauty add to the charm and character of this downtown neighborhood.

The core district residential presence is seen primarily in the rental market. A good example is in the recently constructed Vantage Point high-rise where the building was originally built as condos for sale is now a rental complex. In addition, some live-work units are available for sale. This neighborhood still has not gone through a complete redevelopment allowing for new condo developments in years to come.