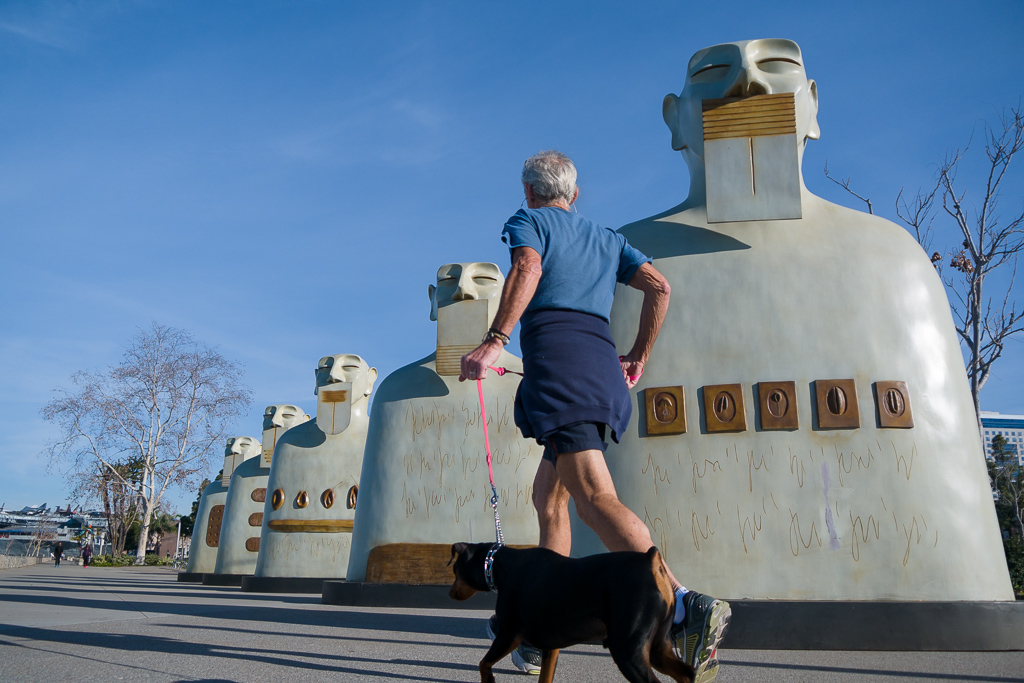 The Port of San Diego exhibits 10 Monumental bronze pieces called “Nuestros Silencios” or Our Silences from the Mexican artist, Rivelino. The contemporary sculpture has been traveling the world since 2010 and now is in Downtown San Diego.

The giant busts weighing over a ton apiece are placed along the walkway facing the San Diego Bay at the edge of Ruocco Park. 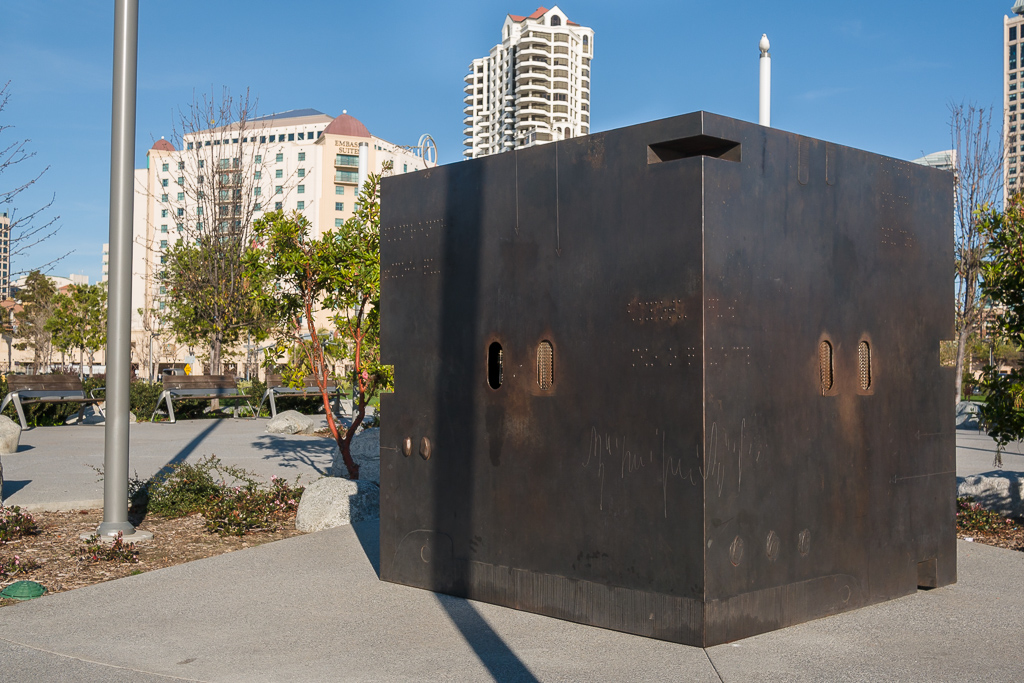 In the middle of the 10 busts lays a metal cube called “Braille Box” contains 4 small replicas of the large pieces. This is to help the visually impaired community get an idea of what the large pieces represent. 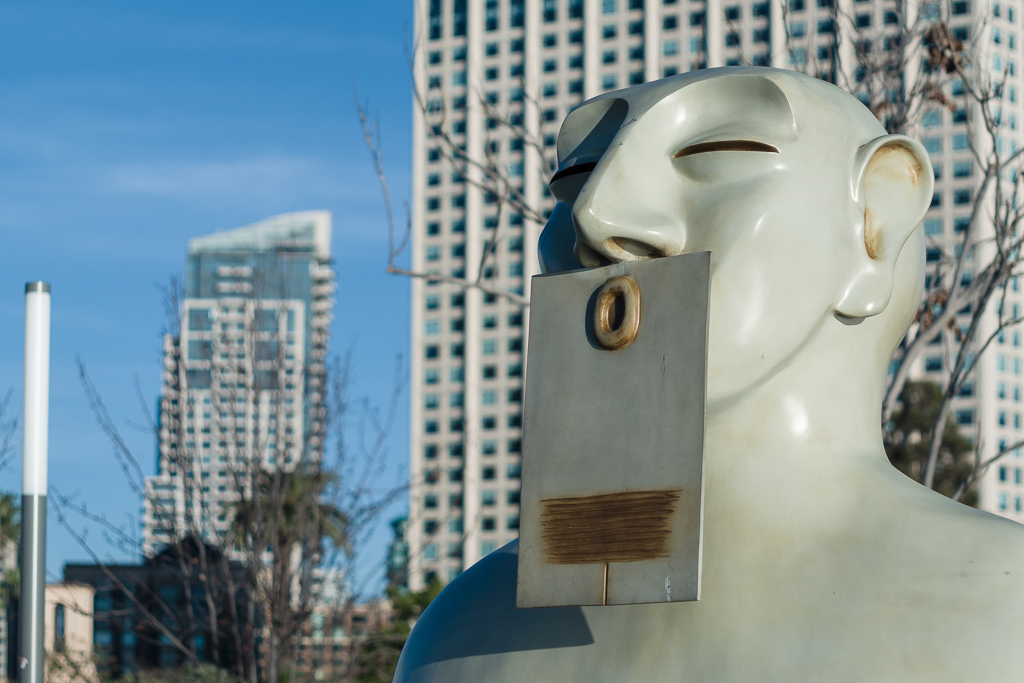 Freedom of speech is the message of Rivelino’s exhibit as represented in the metal plates covering each of the pieces mouths. 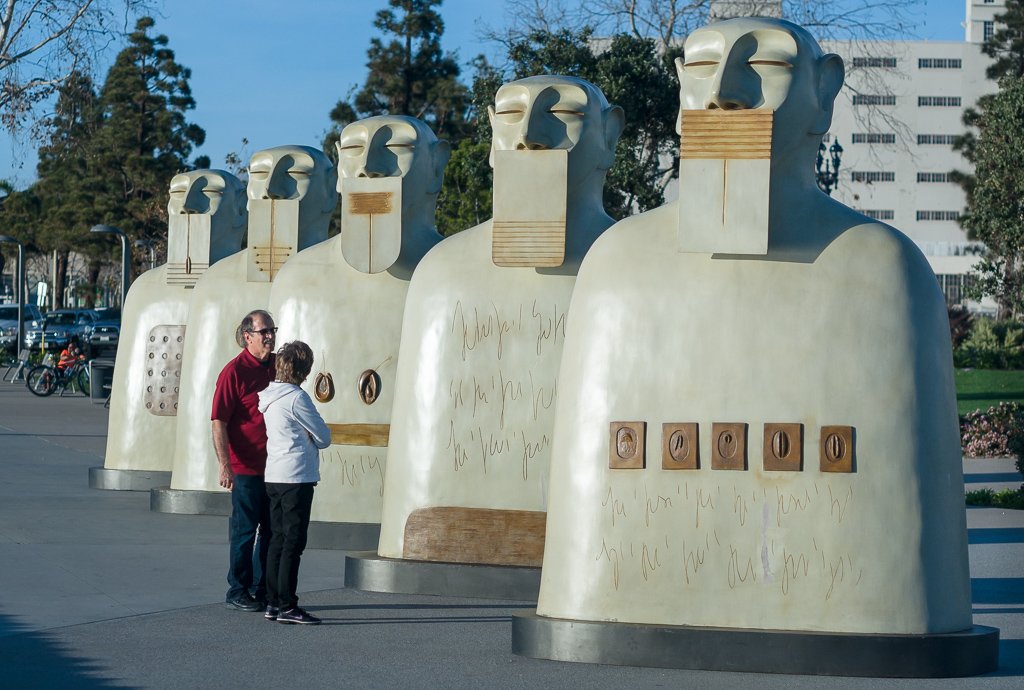 The acclaimed and world traveled exhibit will be in San Diego for 2 months before departing to LA by April 15th. The artist’s idea is to bring the sculpture to as many US cities as possible until the end of the year. Meanwhile, don’t forget to visit it while is here.